Greek Etymology for the Week

Happy May!  Here are five more etymologies to kick off the week.

Cacophony.  This word, meaning terrible, dissonant noise, is literally just the Greek for “bad sounding” or “bad speaking”—kakos means bad, and phon– speaking.  Phon- shows up elsewhere in English, most notable in telephone (far speaking), and in cacophony’s opposite, euphony (good speaking/sounding).  By the way, those of you who are Buffy the Vampire Slayer fans can rest assured that Joss Whedon knows his Greek: one of the show’s Big Bads is an old vampire named Kakistos—the superlative of kakos—which literally means the worst. 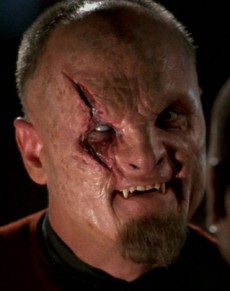 The vampire Kakistos, from Buffy the Vampire Slayer. Portrayed by Jeremy Roberts

Rhinoceros. A favorite zoo animal from my childhood was the great, saggy-armored rhinoceros, whose name comes right from ancient Greek. Rhinos is the word for nose and ceros means horn.  So, a rhinoceros is appropriately named for its most distinctive feature, its “nose-horn.”  Rhino- also shows up in several other English compounds, most commonly in rhinoplasty, or nose job. 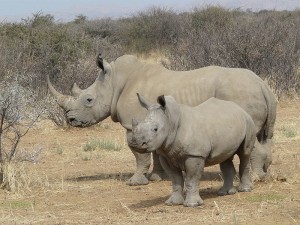 A White Rhino mother and her baby. Photo credit, Zigomar

Rhapsody.  This lovely word has an equally lovely origin.  In ancient Greece, a “rhapsode” was a bard who traveled from town to town performing epic poetry, most often stories from Homer.  The word rhapsode itself has a further etymology, from the Greek “rhapt-” which means to stitch or sew, and “oid-” meaning song.  The job of the bards was to stitch together different pieces of verse to create a whole piece that would go over well with that night’s particular audience. 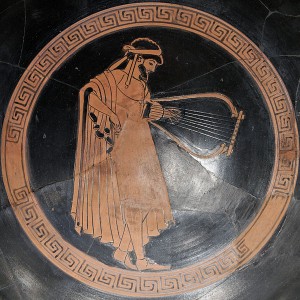 An ancient performer, with lyre. Photo by Marie-Lan Nguyen

Moron.  It has always tickled me that this petty playground insult is right out of the ancient world.  It’s from the Greek moros, meaning stupid or foolish.

Pterodactyl.  The dinosaur of the week is pterodactyl, whose name derives from the ancient Greek word for wing or feather, “pteron,“ and “dactyl” which means finger.   Put together, the two make the “winged finger” dinosaur we’ve come to know and love.  As a very young child I had trouble pronouncing this word, usually turning it into “petrodactyl.”  Stone finger?  Certainly would make it harder to fly…. 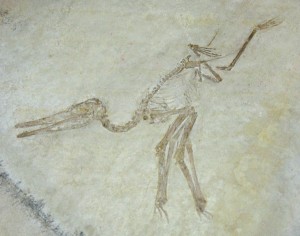 I wish you all a happy and high-flying week!